The Triumph of Justice..

The Triumph of Justice.. 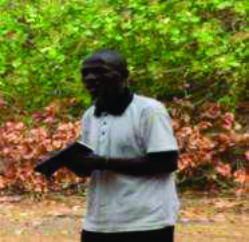 BraveHeart Initiative for Youth & Women (BHI) welcomes the conclusion of the trial against Joseph Okoye for the sexual defilement of Bose Ike (not her real names) – a 4-year-old girl from Igarra, Akoko-Edo LGA — which resulted in a guilty verdict on the one-count charge.

The verdict was presented two days ago February 24th, 2016. In August of 2014, Joseph Okoye (Oga Joe) a 45 years old Palm wine seller lured Bose (not her real name) from her great Grand mother’s apartment, and then took her to his shop, where he proceeded to sexually defile her.

Examinations completed by the Chief Medical Director of the General Hospital, Igarra revealed that the young victim/survivor was sexually abused as she suffered tearing of the vagina. On the witness stand, Joseph pleaded not guilty to the one count charge of unlawful carnal knowledge and failed to express remorse for his action. To prove its case, the Prosecution called seven witnesses, while the accused person defended himself and called no witness. He pleaded for leniency. However, given the age of the victim, he was convicted and sentenced to three years in prison with hard labour.

In the judgement delivered by Chief Magistrate Prince M. Oare ESQ, “I have listened to the plea for leniency by the Convict. I have also taken into consideration that the convict is a first time offender. However, taking the age of the Victim into consideration, the act of the Convict will not only be regarded as wicked, but evil. In this regard, an option of fine cannot be considered. The Convict is accordingly sentenced to three years in Prison with hard labour. The term of Imprisonment is to commence from when he was admitted into Prison Custody in 2014, since bail was not granted” the magistrate said.

BraveHeart Initiative was involved in this case from the onset with contact with the family of the girl to pledge support in line with BHI’s vision. The Intervention Team continued visits to the girl’s Grandmother and family served as assurance that Bose would get justice for crime committed against her. During the trial, family members, activists and representatives from BraveHeart Initiative stood by the Daudu family as they persistently appeared at the Magistrate Court, Igarra awaiting justice.

BraveHeart Initiative had to seek for support from likeminded individuals and other Civil Society Organisations including Girls’ Power Initiative Benin-City, Child Protection Network and Project Alert on Violence Against Women to ensure that relevant agencies were working to resolve the case efficiently and transparently.

“While thanking God for this victory, I acknowledge that the road towards this victorious day was never easy. BraveHeart Initiative for Youth & Women celebrates the fact that the legal outcome provides justice for Bose Ike and her family and pledges to continue to dedicate ourselves to the prevention of Sexual Violence. One of the objectives of BraveHeart Initiative for Youth and Women (BHI) is to facilitate the recovery of abused children and women from gender based violence. BHI passionately intervenes in cases of rape. Rape is a gross violation of sexual and reproductive rights. Rape and sexual violence are extensively reinforced by patriarchal beliefs as a means of control and to exert dominance and power over those who are most vulnerable” says Program Coordinator of BHI, Priscilla Usiobaifo.

BHI’s work on rape and sexual violence issues was recognized in December, 2011 when the Federal Ministry of Youth Development awarded BHI as an Anti-Rape NGO Champion in Nigeria. This award inspired BHI’s advocacy efforts. We advocate for governments at various levels to make funds available to law enforcement agencies and health facilities to reduce the financial burden of prosecuting such cases by Non-Governmental Organisations.

BHI renews our urgent call on the Edo State government to immediately establish a family court which is the proviso for the Edo State Child Rights Law (2007) and also call on the Ministry of Women Affairs to partner with Civil Society Organisations to develop a Sexual Offenders Register in Edo State. We further call on the leadership of Akoko-Edo LGA to provide protective action for the people of Akoko-Edo, particularly
children and women, to ensure that no further harm befalls them. Fellow Nigerians, we encourage and urge you to stand in solidarity with our children and women who are faced with and live in deplorable and terrifying conditions every day. An injury to one is an injury to all!

To foster education for rural youth amidst COVID-19, the organisation provided hand sanitizers and sanitary pads to all WASSC enrollees as well as SS3 Teachers at Igarra Girls Grammar School and Success Secondary School, Igarra. BHI also donated HandWash buckets, Liquid Soap, Cotton Wool and Methylated Spirit to both schools to assist their preventive measures against the corona virus.

The distribution of COVID-19 Personal Protective Equipment took place August 11-12th and was aided by supplies from the Open Society Initiative for West Africa (OSIWA). A total number of Ninety Four (94) students and Twenty (20) teachers benefited from the exercise and expressed gratitude to BraveHeart.

On the 12th of August, BHI conducted a training for its staff on COVID Adaptive Work Methodologies. The training helped the team rethink programming in rural communities Post-COVID and also afforded team members opportunity to collectively review BraveHeart organisational workplan for August - December 2020.

The BraveHeart Initiative team reiterated it's commitment to improving engagements for global actions by connecting the dots between local, national, regional and international actors. The team also virtually participated in multiple IYD events organised by partner NGOs and institutions.

The global youth population—1.8 billion strong—represents boundless possibilities and enormous talent to build a better future for the world.
View on Facebook
·Share

Timeline PhotosAnnually, World Photography Day is celebrated on August 19 and Photowaka Africa will commemorate this special day with a three day virtual summit which will be live from August 17 to 19.

Photowaka Africa, a key player and leading voice in the world of photography has curated the summit to discuss issues surrounding the topic: “Reframing The African Narrative”. A push for African creatives to be intentional in telling stories (through pictures, videos, write ups) about Africa.
While influencing the mindset of the rest of the world in the way they view Africa and Africans.

The summit will explore the power and influence of photography in journalism, media, tourism, festivals, SDG’s and its role in telling stories about Africa and Africans through visuals.

Here’s a line-up of our speakers once more:

We can’t wait to have you all present during our three day summit. ✌🏾

To register for free, kindly go to www.photowaka.com or click the link on our bio.

Why I Selected Kamala as my Running Mate - Joe Biden - ElombahNews

"I need someone working alongside me who is smart, tough, and ready to lead. Kamala is that person." My Running Mate Selection - By Joe Biden
View on Facebook
·Share

The Key to an Inclusive Recovery? Putting Women in Decision-Making Roles

As the world sketches out post-pandemic plans, Phumzile Mlambo-Ngcuka, the head of U.N. Women, explains why having more women in leadership positions could lead to better results.
View on Facebook
·Share

The BraveHeart Initiative Team appreciates God for the life of our car hire man. He was attacked by armed robbers in the early hours of Saturday - August 8th.

The robbers took his money, phones and also robbed and assaulted his passengers. His entire windscreen was shattered.

While lying flat on the express road under the robbers instruction, a trailer sped towards their spot and he had to flee into the bush to avoid being crushed by the trailer. He later returned to the robbers who hurriedly completed their heinous tasks and escaped.

In 2018, our previous cab hire man (Yekini) of blessed memory coincidentally arrived at the location where robbers who raided the banks at Igarra were escaping. The robbers murdered him in an attempt to escape using his car. His death plunged my entire team into mourning.

It is extremely difficult to get trustworthy drivers and our work requires frequent movements hence we treasure our cab hire staff who are more or else our staff. At BHI, we are one big team and value each other.

Thanks God for his life...... Such incidents will never happen again

Thank God for his life, the robbers will surely not go free the routes of God will catch them all.

Bless God for his life,God will continue to guide and protect all of you and he will not allow any bad occurrence among you in Jesus Name.

Congratulations to him, and the entire BHI Team. May God's protection continue to with you and us all. Sister, you've seen a lot o. God will continue to strengthen you, the team members, BHI staff. May the souls of all the faithful departed rest in peace. Amen.

To God be the glory, your life is in the hands of our creator and I pray no matter what men my brother you shall triumph. Congratulations once again.

Thanks to this great God for yet another miracle, may God's hand of protect continually rest on BHI and team.

All thanks to God for His deliverance this time. No more evil report of any sort as BHI keeps waxing stronger.

Thank God for life. It is well No more sorrow

Thank God for saving him

Thank God for his life...

Thank God for his protection

Great God is you name lord

Thank God for his life.

Thanks be to God

Thanks be to God

Thank God for his life

Thanks to God Almighty for this miracle

The feminist author talks about her new book and why need to rethink how we raise girls.
View on Facebook
·Share

Zero tolerance for rape jokesRape is not something to joke about. Ever.

Rape jokes are classless and never funny. Yes, even if you had good intentions.

The default of survivors is to keep the abuse to themselves and try to deal with it alone. So, if your friend shares that they were abused, your response can make or mar their journey to healing.

Please take them seriously. Acknowledge their pain. Make sure they know you are available to support them in any way they require.

By sharing with you, they are saying that they trust you. You get to choose what to do with that trust.
•
•
•