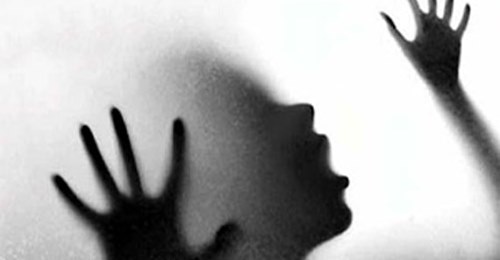 noted that the accused was not truthful and lacked integrity.
The verdict gives a flicker of hope for justice to survivors/victims of rape in a country where
governments, courts, security agencies, and many first respondents have shown little interest and
willingness to hold sexual violators to account. Only about one out of ten rape cases are ever
successfully prosecuted from the experience of Braveheart Initiative in Edo State – Nigeria, leaving
many victims scarred for life while violators walk free in most cases, waiting to pounce on the next
victim.
In April 2017, the survivor was heading to her mother’s shop when she was lured by the 75 year old
Boyi to his house under the guise of sending her on errands. On three consecutive days, 10year old
Hauwa was repeatedly defiled by Boyi until her father with the help of a neighbour rescued her.
Examinations completed by the Chief Medical Director of the General Hospital, Igarra revealed that
the young victim/survivor had been sexually assaulted. On the witness stand, Boyi pleaded not guilty
and failed to express remorse for his action.
The absence of a strong statement from government and the Police to tackle rapists and sexual
offenders appear to embolden rapists and have spurred rape incidents in Akoko-Edo LGA, creating
fear across many communities and making the place insecure and unsafe for many girls and young
women. Older women are not excluded, as women have been the victims in some of the recent
cases of rape reported and handled by staff of Braveheart Initiative.

One of the objectives of BraveHeart Initiative for Youth and Women (BHI) is to facilitate the recovery
of abused children and women from gender-based violence. Rape and all other forms of sexual
violence are extensively reinforced by patriarchal beliefs as a means of control and to exert power
over those who are most vulnerable – Sexual predators have no place in sane societies; government,
police, judiciary, community influencers and especially girls themselves must speak out against sexual
offenders to check this impunity and sense of entitlements and power that drive many sexual
offences” says BHI-Founder, Priscilla Usiobaifo.

Defilement of underaged children is one of the commonest forms of sexual and gender-based
violence in Edo State. Over the last six years, about 83 Sexual Abuse cases have been reported to
BHI, mostly involving minors between ages 4 -13. Victims/Survivors and parents have discontinued
press for justice in more than half of the cases while about a quarter refused to press charges for fear
that they might never get justice. Experiences like that of Sule – Hauwa’s father (pseudo name) is one
of the few cases where a survivor’s family was strong and resilient in pursuit of justice.

“I want Justice!” That’s the only thing that has kept the father of the survivor going 18months after his
10-year-old daughter survived the serial defilement from Boyi Okoiyawo.

Delays in conclusion of rape cases increases the pain on victims/survivors as well as their families who
must wait unend for justice while the sexual predators who have taken away their innocence and
robbed them of any dignity and respect walk free or in most cases made to part with paltry sums as
‘settlement fees’.

According to Hauwa’s father, “I am very happy with the judgement of Boyi Okoiyawo, who defiled
my daughter about a year and some months ago. The many court adjournments could not weaken
my resolve to have justice and I’m happy that the court finally found Boyi guilty and sentenced him
to 7years imprisonment without fine.” My special appreciation goes to BHI Team for their support, the
survivor’s father added.

Several youth stakeholders and community leaders who advocate against sexual violence in Akoko-
Edo have also expressed appreciation for the outcome of Boyi case. Rather than being seen as an outlier, many believe the guilty verdict is an expression of the possibilities where the survivor, parents,
family and communities work together for justice. In the Hauwa case, her father was resolute
throughout the prosecution attending all court seatings and providing clear support for Hauwa and
the Braveheart team. The support of the father played a major role in the outcome.

Another community leader, Roland Aiyejina who is the Coordinator of Ososo Vigilante Group,
expressed appreciation to the court for standing on the side of justice and for Braveheart Initiative for
remaining steadfast in spite of pressure from emissaries and community leaders mobilized by friends
of the rapist to stop prosecution. My appreciation goes to the Chief Magistrate and every government
body for their support and kudos to BraveHeart Initiative. he added.

BraveHeart Initiative for Youth & Women calls on the Nigerian public especially residents of Akoko-
Edo to take a stand and not only speak out but support and take actions against all forms of sexual and gender-based violence to keep children and young women safe.
The Edo State government must take urgent step to protect adolescent girls and make the state safe
again for children and women. We call on Ministry of Women Affairs to collaborate with the Ministry
of justice in partnership with Civil Society Organisations to as a matter of urgency develop a Sexual
Offenders Register in Edo State.
Now is the time to stop the impunity.

The sexual offender register is to serve as a tool to name and shame those convicted or reported to have engaged in sexual abuse or exploitation.
View on Facebook
·Share

Reminder!!!
The Launch of the Edo State Sexual Offender Directory and Service Provider Registers is today-Sept16 at 10:30am ... See MoreSee Less

This is sad ... See MoreSee Less

I wish more issues focused on girls and women were deliberated upon. It saddens me that none of the two major candidates addressed the rape pandemic in Edo State.

There are 14candidates for this election and I sincerely hope that whoever emerges winner prioritizes women's rights and end the outrageous violations of human rights in Edo State. ... See MoreSee Less

Citi names Jane Fraser as CEO, the first woman to lead a major US bank

Citigroup made history Thursday by naming Jane Fraser as its next CEO. She will become the first woman to lead a major US bank.
View on Facebook
·Share